Run for the Oceans

play
fullscreen video
close video
How we harnessed the power of running to fight marine plastic pollution.
8 million tons of plastic ends up in the ocean every year. adidas believes sport not only has the power to change lives but also the world. adidas puts those words into action again this year with the FW18 UltraBOOST Parley. The shoe’s upper knit is made of Parley Ocean Plastic™, a proprietary textile made from upcycled plastic retrieved from coastal communities and beaches. Each pair prevents approximately 11 plastic bottles from entering the oceans.

To support the launch the UltraBOOST Parley we created an eye-catching animation. In the stop-motion video the upper knit is used as a canvas. On it the creation story of the shoe is told through beautiful embroidery.

In addition, we produced a global toolkit for Run for the Oceans. In the activation communities are called upon to unite in one movement to fight marine plastic pollution. To participate runners join on the GPS running apps Runtastic and Joyrun. Within one month more than 900,000 runners recorded over 12,000,000 kilometres. 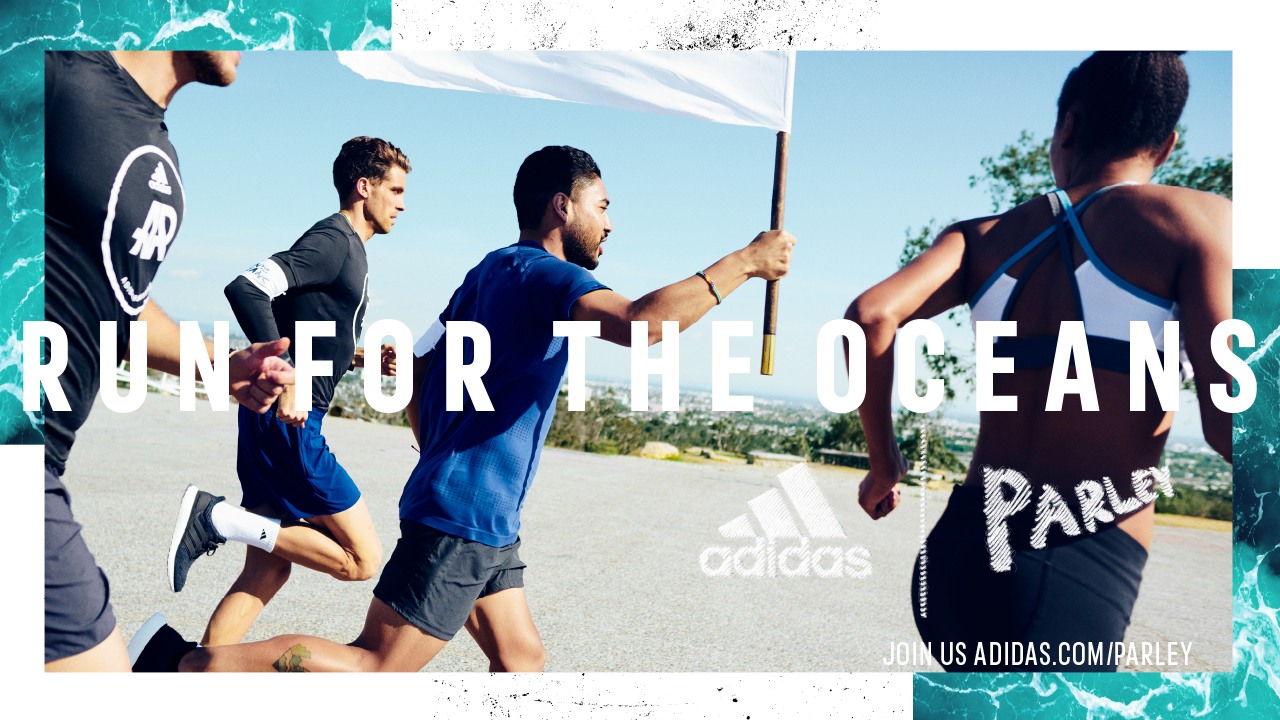